Tonight we are remembering all those babies and children got too soon.  To those who continue to share the life and spirit of that special one, we are thinking of you.
Tonight I am reminded of the families who have received a diagnosis and may already know that this candle will be in their future. I am hoping for your miracle. 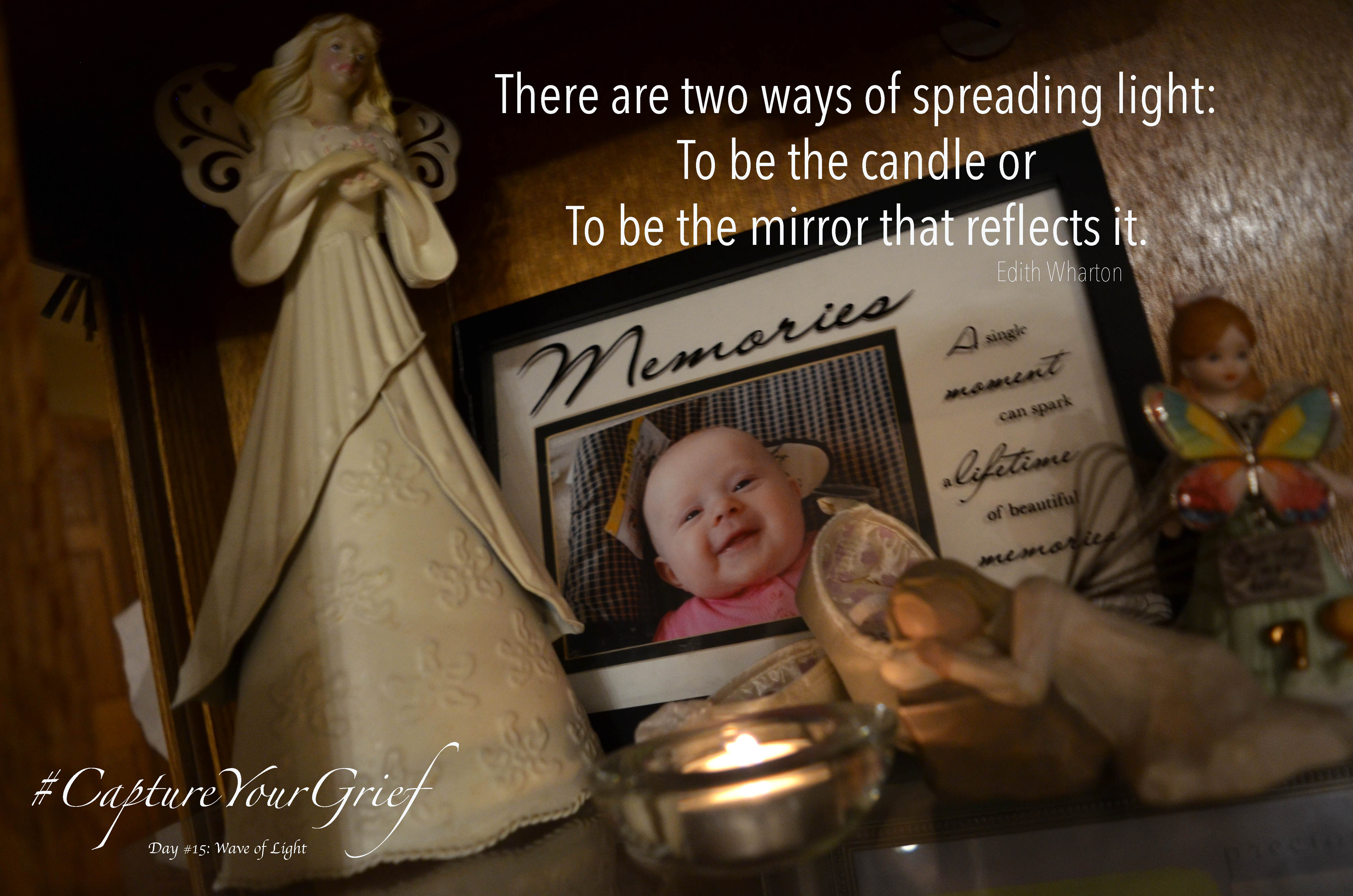 If there is one thing I have learned from the community of bereaved parents, it is that they don’t question why you keep bringing up your child.   The understand the sadness that 1st words, 1st steps, 1st birthday, 1st day of school, 16th birthday, graduation, weddings bring.   They understand why family pictures can be hard.  They understand why comments from others can hurt, even when we are told they shouldn’t.  Just like me, they know how much not getting to write a future that includes your little one hurts.  Just like me, they know the pain of dreams being broken and futures gone and yet we are there for each other.  We talk, listen, share, and hold each other.  Sometimes we are worlds apart and yet we can feel their comfort as if we were hugging each other in person.  This community is out there using their broken dreams to raise awareness so that maybe we can help another family write their future in a way we only wish we could. 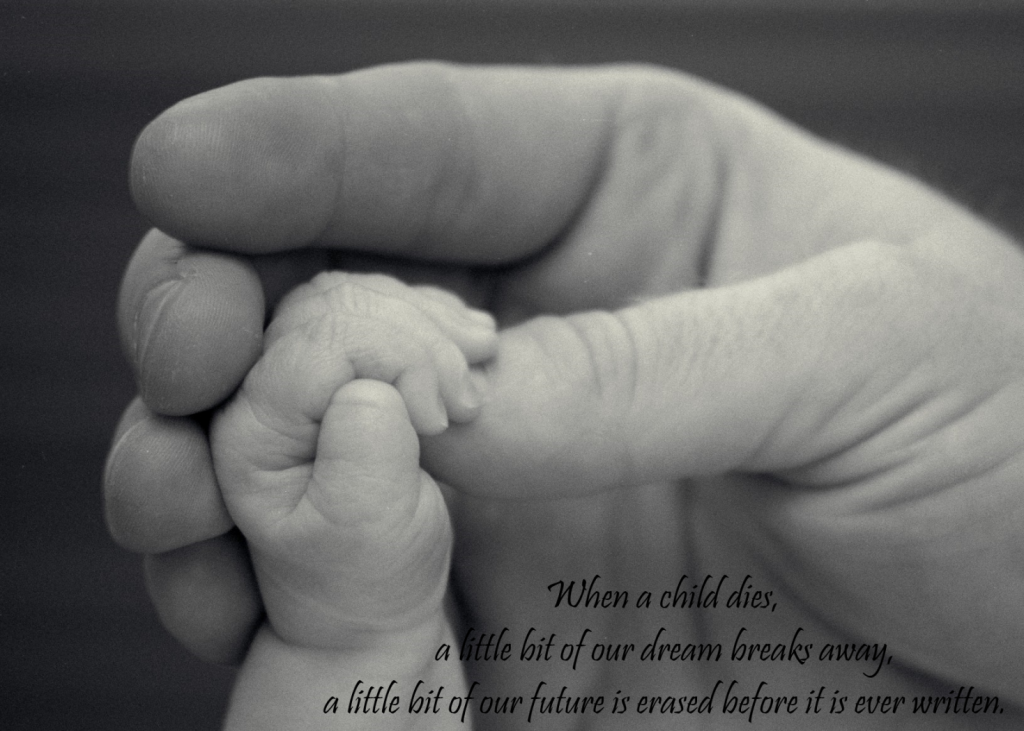 Today is October 15, 2013 and Pregnancy, Still birth, and Infant Loss Awareness Day.  Tonight at 7pm we light a candle to remember those gone too soon. 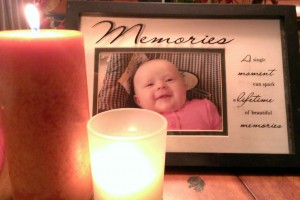 So many times people tell me they just aren’t sure what to say to someone in a bad situation. I often say just a simple “I am sorry” and a hug are plenty but what about those everyday comments that aren’t meant to be anything but small talk. I can honestly say I have opened my big fat mouth and said far more than I should have. I have gone home and thought… that was stupid, I would have hated someone saying that to me. Like the other day I told someone “We are done having kids, it is your turn.” only to find out they have been trying for several months with no luck. Blah… I felt pretty bad. No different than when someone suggested I had 5 kids because I had to get a girl. No sorry, I got a girl 3 kids ago and she died. No we didn’t keep trying, God kept them coming no matter how hard we tried not to have more. I can say that cashier felt pretty bad after that.

I completely understand that these comments are well meaning. I can’t help but be thankful for these people’s bliss and innocence to reality. I sometimes will talk about these things not as a way to complain but as a way to say “hey think before you speak” you don’t know how hurtful those well meaning words can be. Maybe it will save someone from that awkward feeling of hearing how hurtful that comment was.

For example, a cashier was ringing up our groceries and noticed our 4 boys and a new baby in the car seat. She asked gender. I replied girl. She was so excited “Finally a girl!” and followed with “Couldn’t stop until you got that girl” wink, wink. I simply explained that this wasn’t our first girl, that she died of SIDS, and that whether boy/girl we were done after this baby anyway. She was visibly embarrassed and never looked me in the eye again. When I posted on Facebook later that day about how frustrating it is to hear this whole speech and how often I hear it, rather than seeing it as a “Hey don’t say this, you might offend some stranger” I heard “people say that all the time” and “you can’t blame her for stating the obvious”.

True… I can’t blame her and I am not. I just needed to say it is not something I would say to someone I don’t know. Hey there are people who keep trying until they have a boy/girl but if they aren’t a super close friend, I certainly don’t ask them if that is their goal. Using the phrase “were you hoping for a girl?” over “had to keep trying for that girl” seems less offensive to me. That said, I also feel uncomfortable that I am put on the spot for feeling offended by what the cashier said. I just feel like there are people you can poke a little fun with and joke about their “need for a girl”…AKA your close friends and there are people who you should not. It can sometimes be a fine line.

So before you tell…
The mom of an only child…they can’t just have 1 child
The mom of no kids…when are you going to start trying
The mom of all one gender….are you going to keep trying to get the other gender
…know that just because you haven’t lost a pregnancy or a child that doesn’t mean someone else hasn’t. Talk to someone who has experienced infertility or the loss of a child. Ask them how would they liked to be asked about only having more kids. Gather the knowledge to help you keep your foot out of your mouth….at least most of the time 😉 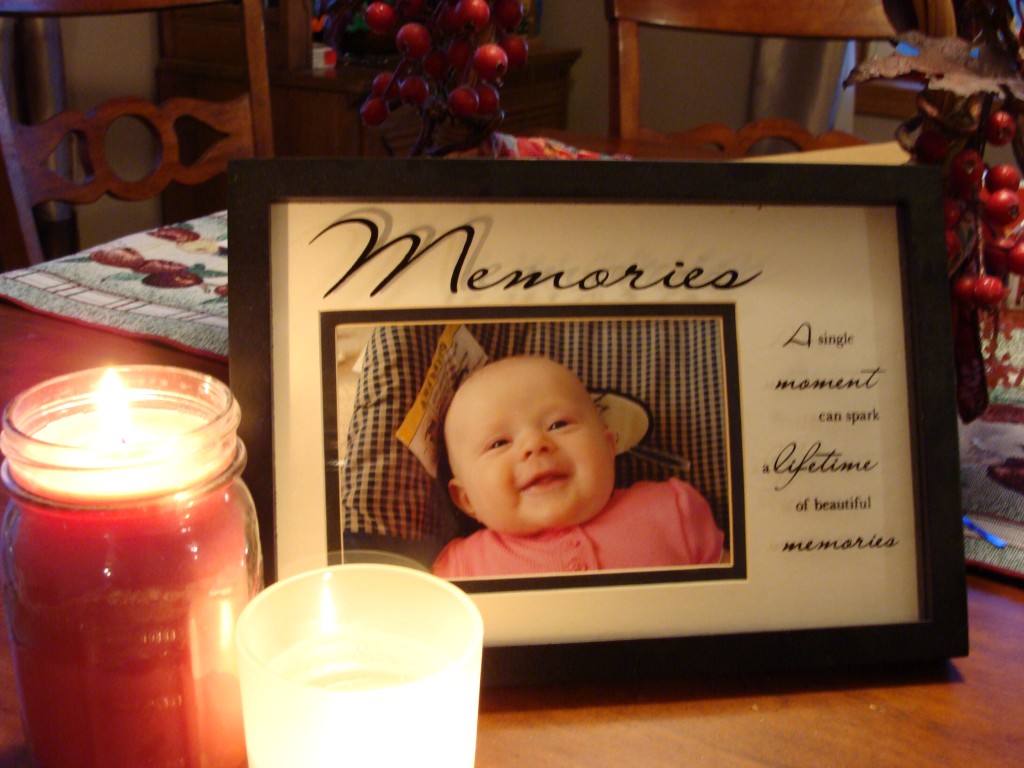 A single moment can spark a lifetime of beautiful memories.