Today marks six years since I held Clara for the last time.  It also marks the first time that Clara’s entire life followed the same days of the week…like her birthday on a Wednesday, her passing being 2 days after Mother’s Day.  It is hard to imagine life without her and yet here we are living it.  Instead of having six years of memories I have three and a half months.  Sometimes the most vivid memories are not the “good” ones.  Each year as today approaches my thoughts are filled with memories of May 12, 2009 when I raced to the ER and held my breath for an hour while the doctors and nurses did everything they could to bring life back into her.  The afternoon where I held her earthly body for the last time.  The evening that I laid my baby’s body on the hospital gurney and walked away, leaving her behind in that empty room.  That night as we picked up the big boys from our daycare when we also left with an empty infant car seat and two boys asking where their sister was.  It is a day I wish I could forget and yet I don’t want to.  Each year I find the anticipation of this day is harder than the actual day itself. 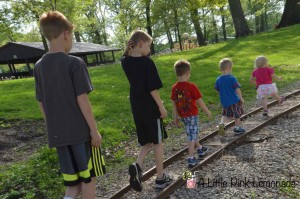 As my family remembers year number six we do it in a place where Clara’s memorials are not close by.   A kind man listened to the story behind my blog and told me about a place in Iowa City that I might appreciate.  He was so right!  Along the river sits a statue of hope.  When we first got there I was sure of how I wanted to capture it through the lens of my camera, I knew what my hope was.  Instead I viewed something more heartwarming and thoughtful than I could have ever imagined.  The little ones were drawn toward holding the statue’s hands.  They kept taking and replacing the beads that were in her hands.  They took turns holding her hands like they were dancing.  I saw hope and love and a sense of calm. 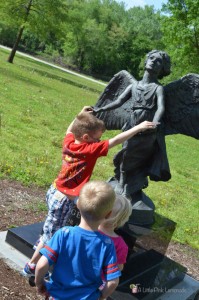 Every May 12th I reflect upon the future and I am filled with hope.  Hope that her life was not meaningless.  Hope that her loss has brought my husband, my children, and myself closer to God.  Hope that there is always a future even if it isn’t here on earth.  Hope that I am one day closer to seeing her again. 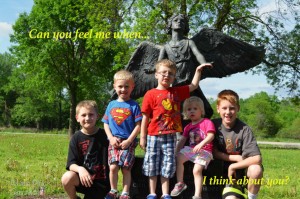 When I think about Miss Clara, can she feel it?  I like to think so, that is my hope. 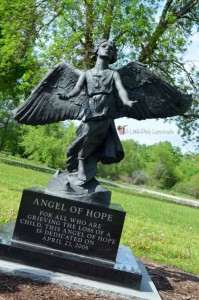 “The day which we fear as our last is but the birthday of eternity.”
L.A. Seneca 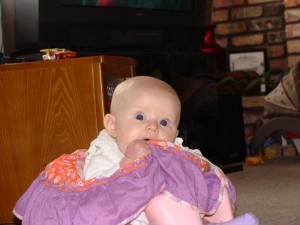 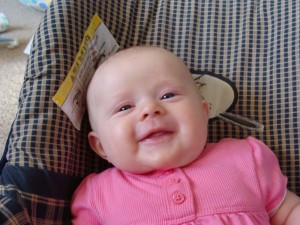